After graduating from DSA, G. Austin Allen spent a year in regional and community theatre in Denver, working as a technician and assistant designer at Colorado Ballet, LIDA Project, and others. He now attends the University of Southern California where he studies Theatrical Design. Some of his school credits are Most Happy Fella (ASM), Grand Hotel (Prop Design), and Dark of the Moon (Lighting & Video Design). Outside of curricular shows, Austin is constantly working on student productions, including Dirty Rotten Scoundrels (Lighting Design), Merrily We Roll Along (Projection Design/Technical Director), Avenue Q (Scenic Design), Columbinus (Projectio 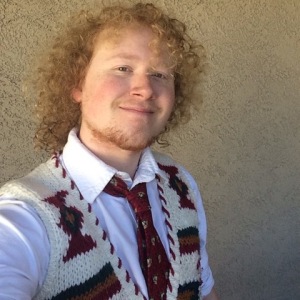 Austin Allen obtained his degree in theatrical design from the University of Southern California. While working as a freelance lighting, video, and scenic designer from LA to New York, he also maintains a job as a stagehand at the Disneyland Resort.

He also continues to work as a Show Control programmer for the LIDA Project, both onsite and remotely. Though he no longer acts, Austin can still be seen “performing” every Wednesday night as the Trivia Master at USC’s campus bar.

You can view Austin’s design work at gaustinallen.com

Eli Carpenter is currently the assistant director at the Denver Center for the Performing Arts Assistant Directing this season’s The Secret Garden, The Christians, and Frankenstein directed by Tony Award nominee Sam Buntrock. Last season he assisted on the Denver Center’s production of Sweeney Todd with new orchestrations by Grammy nominated, DeVotchKa. Other notable credits include assistant directing Ragtime, directed by Erin Ortman and The Secret Garden, directed by Tony Award nominee, Marsha Milgrom Dodge. Additionally, Eli has assistant directed off-broadway on The Wading Pool. Previously, Eli worked for the Broadway, television, and film casting agency, Telsey + Company.  Eli is a graduate of New York University where he majored in Directing and minored in Childhood and Adolescent Mental Health Studies.

Sarah Harmon graduated with her BFA from Webster Conservatory in St. Louis, MO.  After graduation, she attended The International Stunt School in Seattle Washington where she became certified in Utility Stunts for Film.  In October 2015, she performed at the International Theatre Festival of Havana in Cuba as Bella in Big Love. Since then, she has relocated to Los Angeles, California to pursue film and television.  She also hopes to continue her stunt training and is currently working on a voice demo reel.  Sarah’s most recent production was playing Olive in a production of The 25th Annual Putnam County Spelling Bee in Santa Monica. 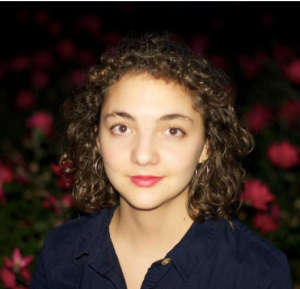 Mei Mei Pollit is currently working with the Undermain Theatre in Dallas, TX playing the role of Masha in The Fairytale Lives of Russian Girls by Meg Miroshnik. She has directed, acted, or wrote for over a dozen productions through SMU’s Mainstage and SMU’s student theatre in the past 2 years, including Mr. Marmalade (Lucy), The Flu Season (Prologue), and The Eccentricities of a Nightingale. Her one-act play Surrender: A Play about Love will premier with SMU Student Theatre this coming January and her full-length, Guernica, will be presented in the New Visions New Voices festival in Dallas this February. Mei Mei is a recipient of SMU’s Engaged Learning grant, a Meadows exploration award, and a Robert Mayer Interdisciplinary Research grant. She has done research on theatre and theatre festivals in France, Russia, and the U.K. 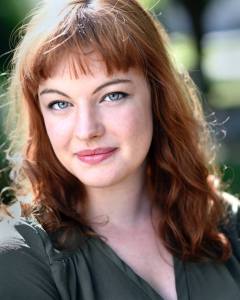 Samie Jo Johnson received her BFA in Acting from the University of Evansville and has since relocated to Seattle to pursue acting and writing adventures. She is an associate director with Round Room Image where she is in charge of training programs and developing original work.

Keep up to date with her at: www.samiejojohnson.com 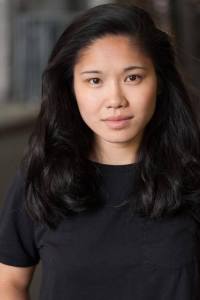 Te Yelland recently graduated from Cornish College of the Arts with a BFA in Theatre: Original Works in May of 2016. She has worked with INTIMAN Theatre (The Children’s Hour) Annex Theatre, (Puny Humans), Forward Flux (The Summer House), as well as various staged readings with

The Seattle Repertory Theatre, UW Drama, Seattle Playwrights Group and Washington Ensemble Theatre and has just wrapped the pilot episode of Tabitha: Witch of the Order. Te is currently enjoying the Seattle rain-sun and vibrant art and dance scene. Her writing

is geared to the POC: LGBTQIA** community as well as exploring nature and the ways of our earth.

Zachary Reeve Davidson is the Founding Artistic Director of Coin & Ghost (coinandghost.org), with whom he has remixed Shakespeare, Greek tragedy, Mexican folklore, German legend, Italian romance, French opera, and American mythology (to name a few). In his “spare time,” Zach is a company member and frequent collaborator with Not Man Apart, Salty Shakespeare, the Speakeasy Society, and Theatricum Botanicum. As a teaching artist, Zach has helped to create and run a number of arts education programs (including one for Southern Colorado Repertory Theatre, under the artistic direction of Captain Eli Carpenter.) In addition to his educational and performative exploits, Zach is a sought-after non-profit media/marketing specialist, a Young Playwrights national finalist, and the youngest-ever Associate Artistic Director of Shakespeare Santa Monica. CalArts BFA Acting ’15.

Lesson from DSA: Leave it better than you found it. Make an impact, leave a legacy, build a community. That drive will push you to work harder and reach out to the artists around you, and FOR SURE will help shape the artist (and person) that become. Also — relax. Your life will change. Constantly. Keep breathing.