Julie Almeria, lead singer of Bop Skizzum, has been singing since before she could speak. A proud graduate of the Denver School of the Arts, she could not be happier to finally be back home in Colorado after spending four years training, performing, and working (a lot!) in the Big Apple.

Julie spent her youth singing with the Rocky Mountain Children’s Choir while dancing competitively and studying theatre at DSA. She has since received numerous awards and honors, most notably a scholarship from the esteemed National Foundation for Advancement in the Arts (winner in Theater, Arts Week 2007). She has also been singing with her pops, Tex Almeria, and the Denver-based LokoMotion band since before she can remember.

Miranda Gale is a public affairs and marketing specialist for the Freer Gallery of Art and Arthur M. Sackler Gallery, the Smithsonian’s museums of Asian art. Previously, she was special events coordinator with the Galleries, and also acted as manager for Together We’re One, the Smithsonian’s first crowdfunding campaign to fund the world’s first exhibition on the visual history of yoga. Originally from Golden, Colorado and an alumna of American University’s Kogod School of Business, Miranda’s interests include digital marketing, the performing and fine arts, start-up strategy, social media in education, website design and international travel. She has previous experience working on Capitol Hill, in documentary production, political advocacy platforms, experiential marketing and public relations. Miranda graduated from Denver School of the Arts in 2007 with a major in theatre and a minor in vocal arts. She performed with Four Squared her senior year, and performed in varied productions such as “The Boys Next Door,” “A Funny Thing Happened on the Way to the Forum,” and “Julius Caesar.”

Joella Jones earned her B.A. from Wesleyan University in 2011, majoring in African American Studies. Her undergraduate thesis engaged the literary oeuvre of Maryse Condé, focusing on Antillean identity theory and Condé’s use of the French language in the context of Guadeloupe’s colonial history. After graduating from Wesleyan Joella spent a year working as an au pair in Maisons Laffitte and as a personal archival assistant to Sylvia Whitman at Shakespeare and Company in Paris. Joella then moved to New York City to work for Facing History and Ourselves, an international educational and professional development organization that engages students in a historical examination of the Holocaust and other examples of genocide with the goal of promoting and developing a more humane and informed citizenry. Joella is excited to begin her Master’s at the IFS at New York University and continue research concerning French Antillean colonial history. Joella hopes to pursue a career that hinges on a mastery of the French language and international exchange.

Justine Lupe is a 2011 graduate of the Juilliard School. Her credits include: Maddie in ABC’s Cristela, Noah Baumbach’s movie Frances Ha, David Chase’s (creator of theSopranos) new movie Not Fade Away with Bruce Springsteen as Musical Director, as Candance — best friend to Bella Heathcote. Episode of Shameless, Royal Pains, and Deadbeat (by the writers of Arrested Development). A Family for all Occassions. CBS pilot Superclyde. Guest Star: CBS’s Unforgettable, Three Forms of Insomnia – indie film on Sundance circuit, a Noah Baumbach project, Ex-Girlfriends – an indie starring Jennifer Carpenter from Dexter and Kristen Connolly from Revolutionary Road, Guest star on Southland and a regular on the 2012 season of Harry’s Law on NBC with Kathy Bates.

Jacob Mundell is a 2011 graduate of the Savannah College of Art and Design. Jacob has worked and performed at two Tony Award winning theatre festivals. At the Williamstown Theatre Festival in 2011, he apprenticed for the company, performing in 10-minute play festivals, mainstage shows, and masterclasses with the New York based improv company, Upright Citizens Brigade. In 2012 at the Utah Shakespeare Festival, he was a full company member in Titus Andronicus and Mary Stuart. Master classes include Sir Ian Mckellen, Patsy Rodenberg, and Lewis Black. Other internships and apprenticeships include the JET Theatre in Michigan and the Shakespeare Theatre of New Jersey.

Jacob was born missing his left hand and uses his career to encourage and give presence to disabled artists. His apprenticeship at Williamstown was paid for by Very Special Arts, an affiliate of the Kennedy Center, and he has performed two seasons with the Phisically Handicapped Actors and Musical Artists League (PHAMALY) in Denver. Jacob is an Equity Membership Candidate. 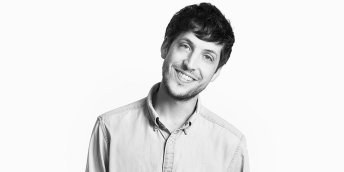 Max Posner is the 2012 P73 Playwriting Fellow(http://www.p73.org/). Max’s plays include The Thing About Air Travel, The Famished, The War on Safety (published by Playscripts), You Me + The Spiders, and SNORE, and other sorts of breathing. His plays have been staged and developed at Actors Theatre of Louisville, Williamstown Theatre Festival, Colt Coeur, The Hangar Theatre, Curious Theatre Company, The Blank Theatre, Young Playwrights Inc, and Production Workshop. Max is a graduate of Brown University where he studied with Erik Ehn, Lisa D’Amour, Bonnie Metzgar, and Paula Vogel. He is the recipient of the Weston Award in Playwriting and the 2011 Heideman Award from Actors Theatre of Louisville.

Max was a finalist for Clubbed Thumb’s Biennial Commission and is a member of Interstate 73 (the playwright’s group at Page 73). He occasionally finds himself onstage (in the original production of Gregory Moss’ punkplay and in FRANK’s upcoming production of Wallace Shawn’s A Thought in Three Parts). Max has led playwriting workshops with high schoolers in Nebraska, inmates in Rhode Island, and youth in Kenya’s Kibera slum. Max lives in Brooklyn.

Max recently landed his first New York City stage production of Judy, which will be performed at the New Ohio Theatre from Sept. 1-26, 2015. Click HERE for more information. Click HERE for the New York Times interview. 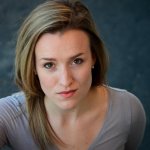